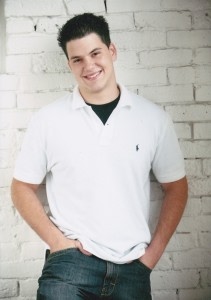 Michael was an energetic, loving, and selfless person that always knew how to make people smile. Extremely intelligent, Michael graduated as one of the top ten in his high school class and received a scholarship to Northeastern University. He was a talented musician, with the ability to play the piano that most could only dream of.

Despite all of his accomplishments and talents, Michael turned to drugs to fill a void, which took him down a path that neither he nor his family were prepared for.  Michael spiraled out of control until he ended his own suffering in 2009.

Michael’s death put an end to his own suffering, but not for those he left behind. As time passed, it became very evident that Michael was not alone in his struggle with addiction.  Many families and people are affected by addiction with no hope in sight.

The story doesn’t end there.  Michael’s spirit lives on!  In the years since the foundation was founded in 2011, the foundation community has continuously grown.  The response from the local community has been tremendous in supporting the two official fundraisers each year --- June golf tournament and October gala/dinner right around Michael’s birthday.  The foundation also started up and facilitates a support group held every Tuesday evening for parents and families of people suffering from addiction.

In 2016, Michael’s House, a sober living community for men in early stages of their recovery can come and live in a community of their peers where they are supported by each other and a staff who understand what it takes to get on and stay on their own individual roads to recovery.  The caring and family centric culture of the house has earned it a solid reputation throughout the northeast.  This house was funded and purchased by the hard work of the foundation members.  The men are required to hold employment and contribute to the operational costs of the house.  The foundation augments that to ensure the capital needs of the house are covered. 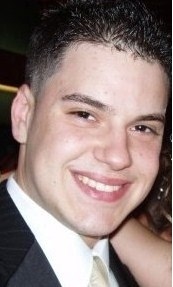 In 2017, after hearing of the good work the Michael J Dias Foundation was doing, a donor came forward with the funds to purchase another house with no strings attached.  After a search, the second house was purchased and opened as Sean’s Place, named after Sean Wilczynski.  Sean also suffered from addiction and passed away in 2016.  His parents have been and continue to be foundation supporters and members of the board of directors.  Sean always had a problem moving from the early stages of recovery to a transitional stage.  Sean’s Place has been set up as a self-governing transitional sober community where men who are ready to move out of the strict sober home setting, but still need to live in a sober community and have the close support of their peers.

During 2019, the foundation has continued to flourish with community support and have had the benefit of fundraisers sponsored and run by others who want to give back to the Michael J Dias Foundation and houses who have supported them or their loved ones.

In 2020, the foundation has purchased a third house which will be called Christian and Brian’s House and will be operated in the same manner as Michael’s House --- a sober community for men in early stages of their recovery.  This house was purchased by the foundation, but also got a generous donation from the Forest Park Project, a non-profit organization who have been focused on raising funds in the honor of two of their friends, Christian Diaz and Brian Metzger, in an effort to combat the devastating opioid epidemic.